The most obvious theme this week was men hitting on us, which I wish they would NOT do, but hey. There are going to be trials and we just have to be patient. I read 2 Corinthians 6 this week and it was good.

But anyway, to explain the Nilsey thing, about a month ago we ran into this extremely persistent guy who didn't catch my name exactly right, and after two days of ignoring his calls and texts I finally got a text along the lines of "you know what, Nilsey? I am a paramedic-fireman and if you don't want to go on a date with me, I'm going to delete your number!"
Go for it. Just. Go ahead. Please.

Anyway, now whenever someone flirts with us, or if I do something rebellious (e.g. cross the street not in the crosswalk) or accidentally say something flirtatious, Sister Hines has taken it upon herself to call me Nilsey. Which is fine, I guess. They weren't flirting with me, they were flirting with Nilsey.

So this week was just unusually full of touchy men on the bus who can't take a hint (turns out "don't touch me" is a hint, and not an order) and people wanting to meet one on one and talk, but not about religion.
In other words, Sister Hines got to call me Nilsey a lot, and I tried not to voice all my frustration.

So anyway after all that, yesterday afternoon there we are, talking to a young woman at a bus stop, when I hear "Nilsey!" and someone grabs my arm. Oh, great. It's that one. The original. He found me. And almost dragged me in to go pray at a Russian Orthodox temple, but I got away, and I'm pretty sure he actually did delete our number.

Anyway, moving on. Knocking story: We walk up to an apartment building and start ringing at the buzzer thing for someone to let us in, and this pure white probably stray cat with one eye blue and one green walks up to us and starts issuing strangled, stifled, creepy meows. It kind of looks diseased, and it cranes its head up to meet our eyes and swivels it around unnaturally. Sister Hines loves animals (almost as much as she loves meat) and decides to name the thing Hybrid. Sure. Someone opens the door for us and we climb up to the top floor to start knocking on doors, and Hybrid follows us. No one answers the first two doors so we turn to the third, and Hybrid is right there between us and the door. I start to nudge him (her?) away with my foot because I don't want people to think Mormon missionaries are weird girls that knock on your door and let loud diseased animals into your apartment, but Sister Hines is concerned about hurting Hybrid, so she stops me and rings the doorbell. A very tired-looking young mother answers the door and the second it's open wide enough, Hybrid gets in the door. All I can say is "uh, that's not our cat". The two-year-old immediately picks up the cat, sister Hines says something about church, the mom looks at the kid and back at us and swings the door shut, and I manage to say "sorry about the cat".
Actually it sounded like they kept the cat in there about 10 minutes before kicking it back out into the stairwell. So now even more people think we're weird, but I hope we brought them joy and not fleas.

Yesterday we had an excellent almost impromptu stake conference with President Hollstrum of the seventy, and it was pretty awesome, actually. It was spiritually enlightening, but also some stuff got said that needed to be and gave me all the warm fuzzies as a missionary. To paraphrase, "If you all want a temple in Russia so badly, then step up your part reaching out to inactives and finding new investigators. Sometimes it seems like the missionaries are the only ones doing it" I think the members should react pretty well, though. We all need periodic reminders.

Okay that's it. Love you! Have a great week!
Sister Nielsen 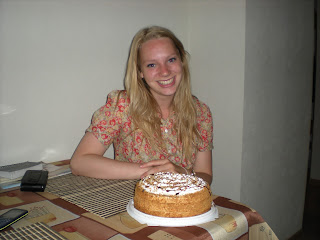 One of my favorite pastimes is watching the volga while I eat. If I had a better camera and a better view I'd put together a photobook about volga moods. 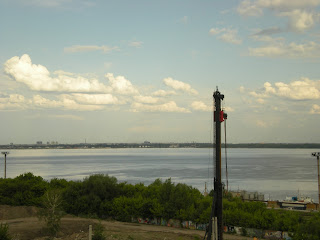 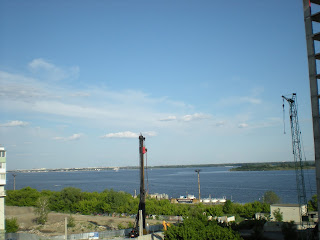 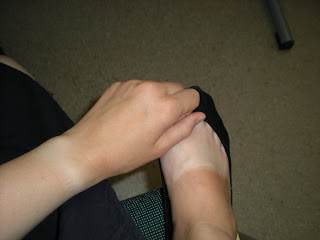 I'm the only one in the house that eats cake, sister hines decided to go paleo. 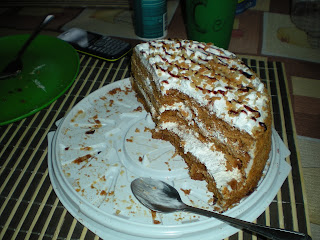 Saratov foothills when we knocked this rich apartment building. future temple site? it's through a window so sorry about the quality 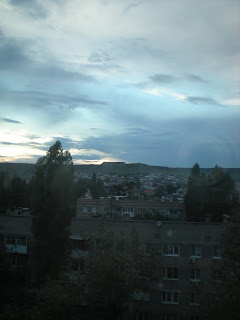